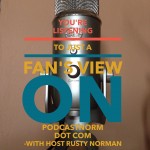 All things considered after the first race in the Chase was completed at Chicagoland last weekend, things pretty much stayed the same except for a few changes in the grid standings. Of course I know there are more than a few that might disagree with me on that but seriously, not all that much changed.

A quick look at the way things shape up since Sunday shows the JGR teams still on everyone’s list to advance to the next round by either winning or staying in the top twelve in points. Denny Hamlin surprised everybody by taking the win considering how his day started and progressed until the final laps. Carl Edwards finished second behind his teammate Hamlin and Matt Kenseth admitted he wasn’t having a stellar day but ended up with a good finish by taking fifth. The surprising thing about the JGR teams was they didn’t even look like they were going to figure into the final results until very near the end of the race. Kyle Bush finished the worst of the four JGR teams with a ninth place.

Ryan Newman had a very solid day and moved into eighth place in the standings with his fourth place finish. It remains to be seen if he stays as solid as he did last year without winning a race but always moving on to the next rounds by having the points. For him, this fan thinks Chicagoland was good to him (which has very little to do with moving on to the next round but does keep him in the running for the Championship at this point.)

Kurt Bush had a very good day and moved up to fifth in the standings with his third place finish. I expected both of the Stewart-Haas teams to do well and both probably would have except for Kevin Harvick having a problem on one of the restarts early on.

There has been a lot of talk since the end of the race on Sunday and much of it has centered around the dust-up between Kevin Harvick and Jimmie Johnson. Harvick seemed to think that Johnson just wanted to move him out of the way and did so. I don’t know what he thought after he saw the replays of the restart but it was very obvious he was quite upset about it. It was even more obvious when he and Jimmie Johnson had their “discussion” about it away from the crowds.

As a fan, I have no idea what their conversation was or which one of them was in the wrong but one thing I do know for sure… it definitely showed just how much pressure there is on each of them to perform and make it to the next round in the Chase and they only have two more races to do so.

Admittedly, Harvick did have a car that was likely going to be a contender in the closing laps and he could have won. He was also the biggest loser in the situation with Jimmie. I’m just a NASCAR fan and I’m not trying to take up for Jimmie but, I didn’t see it the same way that Harvick did. I did see Joey Logano giving a strong push to Johnson and I saw Harvick move down to block. As others have stated, if Johnson hadn’t pulled down inside of Harvick, he would have likely run into Harvick and who knows what the outcome would have been if it would have happened that way. I also don’t understand why his crew didn’t call him in after the contact considering the amount of smoke being generated from the tire rub.

From my view, had they called him in, at least he would have only been a lap or two down. Instead, they left him out, he blew the tire that was rubbing because of the damage and that put him down 55 plus laps. From the point of the contact with Johnson, his team made a really bad decision and it compounded the problems they already had. In this fan’s opinion, that’s what caused him to finish last and moved him all the way back to sixteenth in points and adds extra pressure on him and his team for the race coming up this weekend in New Hampshire.

At one point in the racing, it looked as though the Hendrick teams were all going to finish in the top ten and that Jeff Gordon might walk away with his first win of the season. As it was, he went from the front row on the last restart all the way back to fourteenth. Of the three Hendrick cars in the Chase, he was last with Johnson eleventh and Dale Jr. twelfth. No matter how you look at it, for them that had to hurt.

One thing that can be said about the racing from Chicagoland is the racing was intense and the Chaser’s were definitely aggressive from the drop of the green flag. If that gives any insight into the coming races, this is going to be a very intense nine weeks coming up and to tell the truth, I can’t wait…

See ya next time…
All views expressed are strictly the opinion of the writer
© September 23, 2015 – all rights reserved
Rusty Norman, Nascarfansview.com and Justafansview.com
All audio productions by www.podcastnorm.com and PodCastNorm Productions