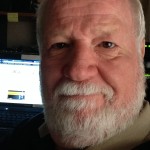 There are a lot ways people describe the Texas Motor Speedway and there are a lot of ways things can go wrong during the AAA Texas 500 for the NASCAR Cup drivers and teams on Sunday afternoon. But, one word won’t be used to describe it this weekend and that would be the word “slow.” Once again this weekend, a new track record was established for TMS and Tony Stewart now holds that record but… he didn’t win the pole. He is also now the person with the fastest recorded lap on a 1.5 mile oval in NASCAR but… he didn’t win the pole.

So what is that all about? Well, just in case you missed qualifying, even though Tony Stewart did register the fastest time, he did it in the second round of qualifying to qualify him to move into the final round but was only sixth fastest in that. Matt Kenseth in his Joe Gibbs Toyota won the pole by being the fastest in the final round and beat out Jeff Gordon by one thousandth of a second.

From this fan’s view, that’s about as close as anyone can come to not winning it and is just one example of how close the lap times are for many of the competitors this weekend. From this fan’s view that could mean a really exciting race on Sunday afternoon and it could spell trouble for those already in trouble for making it to the finale in Homestead. In fact, it could spell trouble for those that aren’t in trouble yet for making it to the final four.

Anyone that is paying attention at all will recognize the two in the most trouble as they face the next two races are Kevin Harvick and Brad Keselowski. Their Martinsville problems multiplied into the necessity for both of them to each win one of the next two races. Of course it depends on what happens to the other six in this elimination round of the Chase but winning is their best option for advancing to the Championship round.

Okay, enough about the obvious things that everyone already knows and let’s move on to some speculation from this fan’s view…

Since Matt Kenseth won the pole and he doesn’t have any wins this year, it is very possible this could be his weekend to take the trophy home for the AAA Texas 500. Stranger things have happened and, in particular with this year’s Chase format, Matt Kenseth could become the first one to lock himself into the final round with his first victory of the 2014 season. Even though his performance has been unexpectedly mediocre this year, he has been consistent enough at the right times to make as far as he has.

Ryan Newman finished third last weekend and is only three points behind Jeff Gordon as things stand right now. Like Matt Kenseth, Newman has no wins but has had a very consistent year as far as finishes go. He qualified seventh for the start of the race but could also go home with the trophy and lock himself into the finale even though this would be his first victory for 2014. I’m not saying he is going to win but I am saying a win would put him in the final four and hardly anyone (including this fan) expected that would happen if it does.

This fan has to admit he doesn’t expect Carl Edwards to win this weekend. He is driving for Roush and it is no secret they have struggled the most with the setups this year. However, he could win and completely surprise not only this fan but many others that have already ruled him out for making the final four. He hasn’t ruled himself out and, in the end, that can make all the difference as to whether or not he does make it through this round into the finale.

In reality, there are several of the eliminator 8 that can win this one and any one of them would like nothing more than to not have to worry about making it to the final four for Homestead. There are also more than a few quite capable of winning this one that are not in the Chase for the Championship anymore. There is no reason to go into a long list of names here because we all know which ones they are. What is important to remember is that if a non-Chaser wins the AAA Texas 500 Chase race #8, it makes next week at Phoenix all the more intense for those that haven’t yet locked themselves into the final four and anything can happen.

Once again, tires will be the most important factor when it comes down to the final laps and grip level will rule. From this fan’s view, this one could come down to a fuel mileage race if there are extended green flag runs, especially near the end. So, what will it be? Would you like to be a crew chief for this one and have to make the best guess for how this one is going to go at the final pit stop? Yeah… that’s what I thought you would say… Me neither…

See ya next time…
All views expressed are strictly the opinion of the writer
© November 1, 2014 – all rights reserved
Rusty Norman, Nascarfansview.com and Justafansview.com
All audio productions by www.podcastnorm.com and PodCastNorm Productions